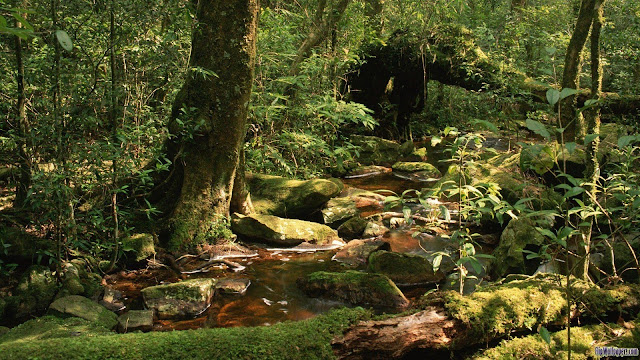 Commercial Values of Biodiversity
BiodiversityBiodiversity, the diversity of life on Earth, is essential to the healthy functioning of ecosystems. Habitat loss and overexploitation, driven by our rapid population growth, are the primary causes of biodiversity loss which is now happening up to ten thousand times faster than millions of years before.
In May 2019, the Intergovernmental Science-Policy Platform on  Biodiversity and Ecosystem Services (IPBES), released its global assessment, identifying the major threats to biodiversity worldwide. It explicitly noted that human population growth is an indirect driver of population growth and stated:……………..
“changes to the direct drivers of natural deterioration cannot be achieved without transformative change that simultaneously addresses the indirect drivers.”

Diversity Is A Key
Healthy ecosystems, interdependent webs of living organisms, and their physical environment are vital to all life on Earth. Our ecosystems provide us with clean air, freshwater, food, resources, and medicine. Throughout Earth’s history, healthy ecosystems have usually been resilient enough to adapt to gradual environmental change.
Biodiversity, the variation of life on Earth, is a major factor in its resilience. In a biodiverse ecosystem, if the environment changes and some organisms can no longer thrive, others can take their place and fulfill essential functions. It is often the most overlooked species that are the most important to healthy ecosystems. Insects, for example, play an essential role in pollinating flowering plants — a third of the food we eat depends on animal pollinators. 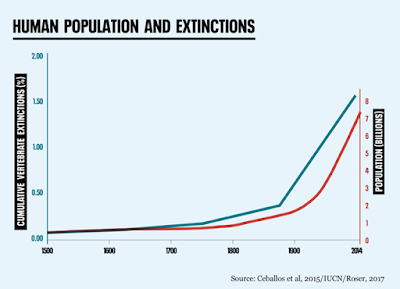 THE SIXTH MASS EXTINCTION
Since life appeared on Earth, there have been several mass extinctions in which many species were wiped out because of climate change, volcanic activity, the impact of an asteroid, or reasons we have not yet discovered.
The plants and animals which currently live on Earth have continued to evolve over the 65 million years since the last mass extinction. But many scientists consider the huge reduction in biodiversity since the emergence of humans is now on the scale of another mass extinction. This is known as the Anthropocene extinction or the sixth mass extinction.
WWF’s latest Living Planet Report estimates that we have lost 60% of all vertebrate wildlife populations since 1970. That’s more than half of all birds, mammals, reptiles, amphibians, and fish have gone in just 50 years. During that time, our population has more than doubled, increasing from 3.7 billion to over 7.7 billion today. Invertebrates, while understudied, aren’t faring any better. A German study found that flying insect populations (including pollinators) have crashed by three-quarters since 1989, reflecting similar trends around the world.
In its landmark 2019 report, IPBES reported that one million species are now at risk of extinction and according to the IUCN Red List of Threatened Species, 41% of amphibians, 25% of mammals, 34% of conifers, 13% of birds, 31% of sharks and rays, 33% of reef-building corals, and 27% of crustaceans are threatened with extinction.
Some countries are worse off than others. The 2016 State of Nature report concluded that the United Kingdom was one of the most nature-depleted countries in the world.

Classifications of Biodiversity Value
The value of biodiversity in terms of its commercial utility, ecological services, and social and aesthetic value is enormous. We get benefits from other organisms in innumerable ways. Sometimes we realize and appreciate the value of the organism only after it is lost from this earth.
Consumptive use Value
These are direct use values where the biodiversity products can be harvested and consumed directly e.g. fuel, food, drugs, fibers, etc. 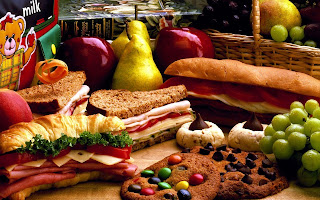 A large number of wild plants are consumed by human beings as food. About 80,000 edible plant species have been reported from the wild. About 90% of present-day food crops have been domesticated from wild tropical plants. 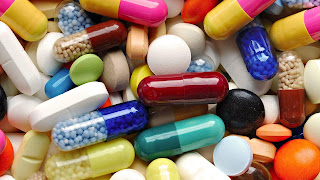 About 75% of the world’s population depends upon plants or plant extracts for medicines. The wonder drug Penicillin used as an antibiotic is derived from a fungus called Penicillium. Likewise, we get Tetracycline from a bacterium. Quinine, the cure for malaria is obtained from the bark of the Cinchona tree, while Digitalin is obtained from foxglove (Digitalis) which is an effective cure for heart ailments.
Fuel 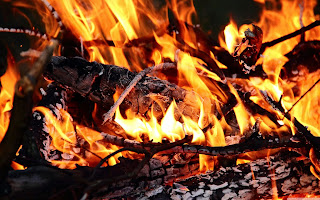 Our forests have been used for ages to fuelwood. Fossil fuels like coal, petroleum, and natural gas are also products of fossilized biodiversity. Firewood collected by individuals is not normally marketed but is directly consumed by tribes and local villagers hence falls under consumptive value. 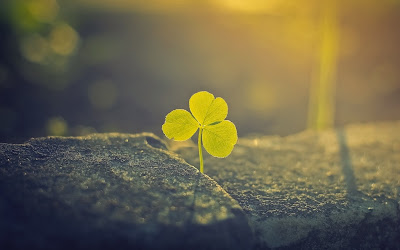 These may include animal products like tusks of elephants, musk from musk deer, silk from the silkworm, wool from sheep, fir of many animals, lac from lac insects, etc, all of which are traded in the market. Many industries are dependent upon the productive use values of biodiversity e.g. the paper industry, plywood industry, railway sleeper industry, silk industry, textile industry, ivory works, leather industry, pearl industry, etc. 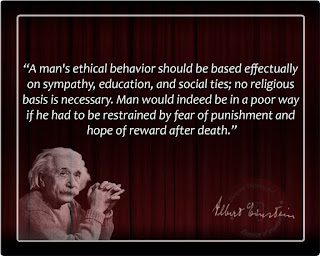 These are the values associated
With   the  social life, customs,
religion and  psycho-spiritual
aspects of the people. Many of
the plants are considered holy
and sacred in our country like
Tulsi (holy basil), Peepal, Mango,
Lotus, Bael, etc. The leaves, fruits, or flowers of these plants are used in worship. 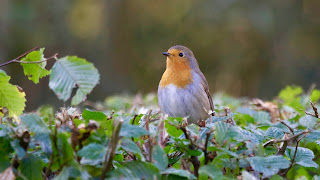 It is also sometimes known as existence value. It involves ethical issues like “all life must be preserved”. It is based on the concept of “Live and Let Live”. If we want our human race to survive, then we must protect all biodiversity, because biodiversity is valuable. The ethical value means that we may or may not use a species, but knowing the very fact that this species exists in nature gives us pleasure. We all feel sorry when we learn that “passenger pigeon’ or “dodo” is no more on this earth. We are not deriving anything directly from kangaroo, zebra, or giraffe, but we all strongly feel that these species should exist in nature. This means, there is an ethical value or existence value attached to each species.
Aesthetic Values 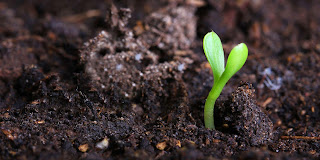 Great aesthetic value is attached to biodiversity. No one of us would like to visit vast stretches of barren lands with no signs of visible life. People from far and wide spend a lot of time and money visiting wilderness areas where they can enjoy the aesthetic value of biodiversity and this type of tourism is now known as eco-tourism.
The “willingness to pay” concept of such eco-tourism gives us even a monetary benefit for the aesthetic value of biodiversity. Eco-tourism is estimated to generate 12B Dollars of revenue annually which roughly gives the aesthetic value of biodiversity.
Option Values
These values include the potentials of biodiversity that are presently unknown and need to be explored. There is a possibility that we may have some potential cure for AIDS or cancer existing within the depths of the marine ecosystem or tropical rainforests. Thus the option value is the value of knowing that biological resources are existing in this biosphere that may one day prove to be an effective option for something important in the future. Thus, the option value of biodiversity suggests that any species may prove to be a miracle species someday. Biodiversity is like the precious gifts of nature presented to us. We should not commit the folly of losing these gifts even before unwrapping them. The option value also includes the values, in terms of the option to visit areas where a variety of flora and fauna, or specifically some endemic, rare, or endangered species exist.
Ecosystem Service Values
Recently, a non-consumptive use-value related to self-maintenance of the ecosystem and various important ecosystem services have been recognized. It refers to the services provided by ecosystems like prevention of soil erosion, prevention of floods, maintenance of soil fertility, cycling of nutrients, fixation of nitrogen, cycling of water, their role as carbon sinks, pollutant absorption, and reduction of the threat of global warming, etc.
The END
Credit: Zaib Hassan

If you want to publish your posts, ideas, thoughts, and feedback click the button below and you will be redirected to another page where you can easily create your post and submit it. After reviewing your post, we will approve and publish it on this site if it follows our policies and terms. Your post will be issued within 24 hours after submission. 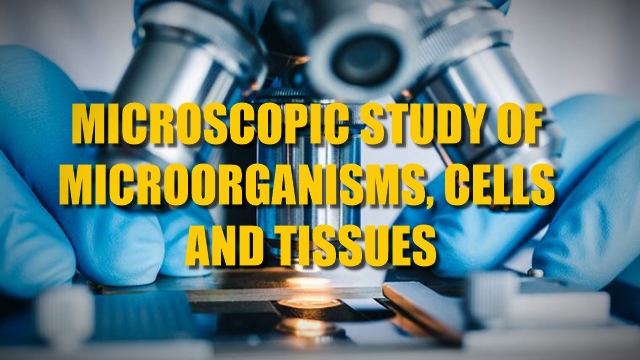 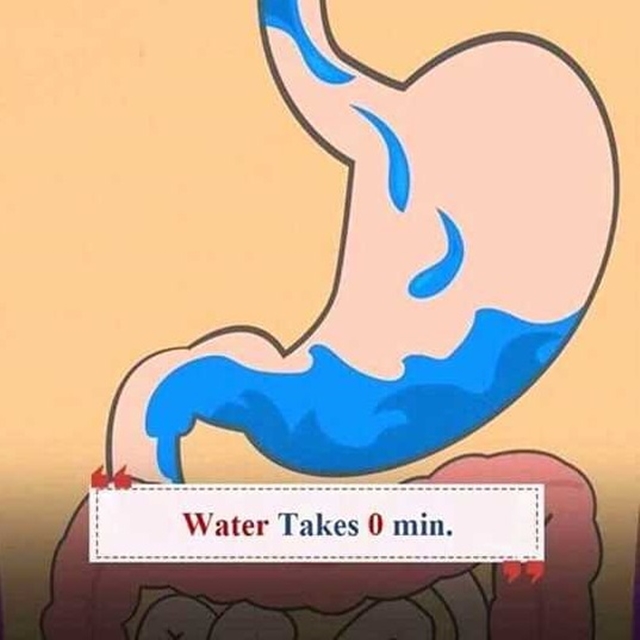 How much different foods take time to digest in Human Stomach 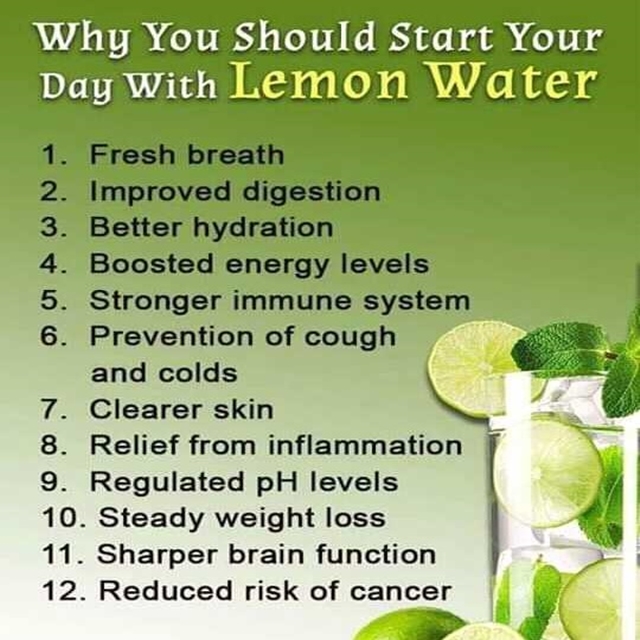 12 Benefits of Starting Your Day With Lemon Water

2 thoughts on “Commercial Values of Biodiversity”